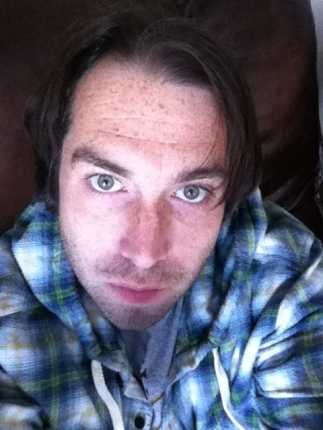 Heath Brougher attended Temple University. He is the poetry editor of Five 2 One Magazine and co-poetry editor of Into the Void Magazine. He has published two chapbooks, A Curmudgeon Is Born (Yellow Chair Press 2016) and Digging for Fire (Stay Weird and Keep Writing Publishing Co. 2016) with another one titled Your Noisy Eyes due out in 2017. His poem “Curriculums” received a Best of the Net Nomination and his work has been translated into Albanian and been published in over 25 countries. He was the judge of Into the Void Magazine’s 2016 Poetry Competition and edited the anthology “Luminous Echoes,” the sales of which will be donated to help with suicide prevention. His work has appeared or is due to be published in Of/with, Chiron Review, BlazeVOX, Main Street Rag, Crack the Spine, Cruel Garters, MiPOesias, The Blue Mountain Review, Third Wednesday, Lehigh Valley Vanguard, Gloom Cupboard, X-Peri, W.I.S.H., Gold Dust, eFiction India, Tipton Poetry Journal, Lakeview, Van Gogh’s Ear, *82 Review, and elsewhere. When not writing, he helps with the charity Paws Soup Kitchen which gives out free dog/cat food to low income families with pets.

Scott Thomas Outlar: First off, Heath, I want to thank you for taking some of your time to participate in this interview. I know you’re a busy man these days with a number of projects being juggled simultaneously. On that note, what are you most excited about right now when it comes to your writing?
Heath Brougher: I’d have to say one of the things I’m most excited about is recently being asked to be a part of X-Peri, where I have found some truly mind-blowing experimental work, especially books by members such as Daniel Y. Harris, John Amen, and Irene Koronas. They’ve really taken my idea of what experimental poetry is capable of to a whole new level. Also I’m very excited to have my second chapbook titled Digging for Fire published by Patrick Jordan and his amazing Stay Weird and Keep Writing Publishing Co. On top of that I’m extremely grateful to have been asked by Phillip Elliott to judge the 2016 Into the Void Magazine’s Annual Poetry Contest.
Outlar: Congratulations on the release of your new chapbook. Anyone interested can order copies here at Stay Weird and Keep Writing’s website. Is there a theme in the material you put together for this collection of poems? I’ve noticed in a lot of your work that you deal with the idea of searching for truth. What is truth to you, and how in the hell do we find it in a world that is so full of deception and lies? Especially during this Presidential campaign season!

Brougher: Yes. That one will always be my “baby.” I thank Sarah Frances Moran for choosing it for publication. The book is about disconnecting from the “Mainstream Thought” as I call it. There are so many mysteries to our lives and our origins and most people end up with these things never crossing their minds as they just fall right into the safety basket their given culture has placed there for them. They are born into a world of previously arranged “Manmade Realities” and immediately their minds are attacked as they quickly turn into mindless members of that given society. What they see as reality is what they’ve been told their whole lives is reality while they haven’t given it a second thought. I wanted to try to shake at least a few people out of that “daily grind” mindset and get them to “cultivate their Intellect” by having the poems in this chapbook, both stylistically and thematically, spiral outward instead. I wanted it to screech against the endless loops that encompass most people’s lives. It’s a form of slow motion evolution if you follow the beaten path of endless cycles but if you sync up to a spiral mentality then there is room for endless growth. The line in the book that I always go back to is “circular paths are false for the Truth lives within the Spiral.” That line itself kind of encompasses the book.
Outlar: Of course, anytime I hear about “spiraling out” my neurons immediately start firing off in rhythm to Tool’s album, Lateralus. What type of influence, if any, does sacred geometry and music have on your work? What artists, writers, and musicians (past and present) influence you?
Brougher: The musicians that had the most influence on me growing up were the Seattle “grunge” bands of the early 90’s which I firmly believe saved my life. I remember Nirvana’s album Nevermind came out when I was just beginning 6th grade and was oblivious to the ensuing 6 years of torture I would have to endure from these wannabe rich elitist conformist yuppie swine that would haunt me to the point of contemplating suicide. I remember I was equally blown away by the lyrics to Nevermind as I was to the music. I had never heard strange lyrics like that. I was used to songs like Motley Crue’s “Girls Girls Girls” and all of that other pithless glam-metal nonsense about partying and other meaningless things which permeated the airwaves at the time. Nirvana, and the whole grunge movement, thankfully put all that garbage to sleep. For once there was some depth in rock music again and it couldn’t have come at a better time for me. I know that songs by Nirvana, Alice in Chains, Tool, Screaming Trees, Stone Temple Pilots, and many other bands got me through some very hard times. For once it was like the lead singers were the “outcasts” like me and I took solace in their lyrics. I remember I used to HATE it when I saw some conformist asshole walking down the hall in an Alice in Chains T-shirt. He couldn’t relate one bit to a song like “Rotten Apple” or “I Stay Away.” I remember being on the bus to head home from school and thinking “just 15 more minutes and then I can listen to some good music with lyrics that can help heal some of the pain I’d been put through on that particular day.” Nirvana, Alice in Chains, and Screaming Trees were the bands that gave me solace. Then there was Tool, a band I didn’t start to REALLY get into until 1995 at the age of 15. This band provided me with something else I was in desperate need of: strength.
Outlar: Alright, Heath, I want to thank you again for granting your valuable time to field my questions over the past month or so. As I send these final thoughts your way, the earth has just begun another spin around the sun. So, with 2017 now fully upon us, what do you feel this new year has in store? I’ll turn the floor over to you now. Please also feel free to express any thoughts on your mind that my questions failed to raise.
Brougher: First of all, thank you for the interview. As far as 2017, a lot of people are scared by this new monster of a president we’re going to have, so I figured I’d just end the interview with a quote from a band I never in a million years thought I’d like and say “don’t let Hope become a memory.”

its metallic taste of wobbling noise

we endorphinlessly morph by the day

as we further depend on these mechanical monsters

these robotic beasts are infiltrating and controlling

as they slowly tempt us with their bright screams of screens

heads and hands directly into the mouths of these monstrous computer

screens swimming with waning viscera in a pixilated pool

of pathetic predetermined angles of standpoints.

is not really an oak tree.

is only an oak tree

because you call it an oak tree.

Maybe you should stop lying to yourself.

The thread of thoughts  thinkings

hate into the head

the slither of said  sayings

into the viscera or invading by osmosis the brain.

Boxing for Airtime (originally published in The Curly Mind)

that otherwise people have been snapshot-talking about

you behind your earlobes. I never did understandify why

Just ferment about them and leave your lifeing to your self.

Youar’ much bedder off this way. I don’t care

while I was floating in the amniotic swimming pool of her belly.

My mother was pregnant with me during the Three Mile Island crisis.

She living only a forty minute drive from the power plant,

nuclear air swept into her lungs and spread to my tiny alien body.

I was born into a world of nuclear waste. Nuclear skies and

among the atomic poison that blew cold and mutagenic

along the air-paths of my hometown.