Scott Thomas Outlar: First off, Steven, I’d like to thank you for joining me here at 17Numa to talk about your work. The anniversary of Yours Sincerely, Axl Rose is right around the bend. What are your thoughts on the book looking back from this vantage point one year later?

Steven Storrie: The book was written during a very tough time. There was a lot of death and other heavy things happening during the writing of it that I won’t bore people with now, but I knew when I set out to write it that I wanted to tackle some of the more serious things I was experiencing. I wanted it to mark a clear departure from the bar room, Bukowski type stuff I’d been writing before that. I felt I’d taken that thing as far as I could. Looking back on the book now, a year later, I feel I achieved what I set out to. I think it holds up. And I’m pleased to have achieved something positive during an otherwise overwhelmingly negative time.

STO: What initially prompted you to consider Weasel Press as a possible home for your book, and how did the experience of working with them play out?

SS: They had published one of my previous poetry collections, ‘Taking Back The Underground’, and asked if I’d be interested in publishing another. The experience of that first one was such a positive one I was more than happy to do it again. And, I have to say, though I picked a very difficult image for the cover, they did a tremendous job of making it work!

STO: This book is dedicated to your Grandma. What role have family and friends played in your writing and artistic pursuits?

SS: Well, my mother first took me to a library when I was very young, and I’ll always be eternally grateful for that. It opened up worlds to me I never could have imagined existing, and I’m still discovering them even now. I can’t imagine who I’d be today if she had never done that. In a lot of ways, I owe it all to her. And to my father, still the hardest working man I’ve ever known. I got his work ethic and drive, but only when it comes to writing. It’s the only thing I care about. The book is dedicated to my Grandma because she died while I was writing it. Just about all of my favorite childhood memories involve her. The book and the final poem in it, ‘Yesterday 1993’, are for her.

STO: When a book has a title such as yours, an obvious question that comes to mind is how does music impact your writing? What musicians and authors have had the greatest influence on your path?

SS: The twin influences of my life! Like Nietzsche said, “Without music, life would be a mistake.” I can’t put it any better than that. More than anything, I’m a walking mixture of all the bands I’ve ever loved. The musicians and authors that have influenced me the most, and I’ll only name a few or we’ll break the internet, are; The Gaslight Anthem, Ernest Hemingway, Bruce Springsteen, Hunter S. Thompson, Tom Waits, Neil Young, Jack Kerouac, Bob Dylan, Albert Camus, Yukio Mishima, Richey Edwards, Oasis, Irvine Welsh, Phillip Roth, George Orwell, Henry Miller, Charles Bukowski, Nietzsche, Against Me and Simply Red. I made that last one up – I hate Simply Red.

STO: What meaning do you get from writing poetry on a personal level? Is it a cathartic process, a statement you feel inclined to make to the world, possibly a bit of both with something else thrown in the mix?

SS: Writing is the only thing that gives this life meaning. I couldn’t see a point to getting out of bed without it. It’s that important to me. It’s the reason to draw breath on a morning, to keep going. What else is there? I don’t feel a need to make a statement to the world. I feel a need to be the best I can be at doing this, I feel a need to try and be great at it. That might sound arrogant, pompous or delusional, but what’s the point in doing something you love if you’re not trying to be the best at it? Nobody wants to be just average, do they? And, if they do, they should stop doing it and get out of the way. Cathartic? I’ve got weightlifting and an angry mouth for that. 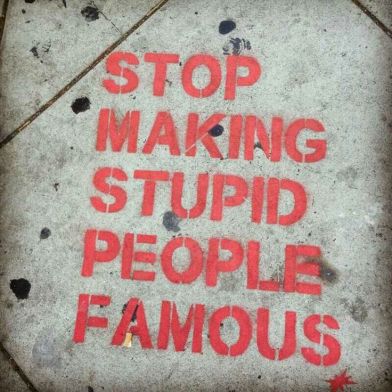 STO: On a more macro scale, what role does poetry play in modern society? What should people take from the experience of reading it?

SS: I’m not sure what role it plays in society. I suppose it can deeply affect the individual and, if it effects enough of them, it might reach society as a whole. But I’m under no illusions that poetry is going to change the world. The best you can hope for is that it changes one person’s thinking or outlook on the world. That it might reach one person, the way it did me, and let them know that, actually, you aren’t alone in the way that you think. There are other people out there that think like you, and they’re way more interesting and lead way more exciting lives than the dull morons who mock you for reading poetry. Head into the light, my friends. Good stuff that way lays…

STO: What projects are you currently working on? What has you most excited here during the beginning stages of 2019?

SS: I have a new collection of short stories due out with Alien Buddha press which I’m looking forward to. It’s called ‘The Wreck Collection’ and deals with the hardness of people’s lives and looks at how they keep going despite the fact that their dreams may have never came true or that their lives may have strayed off track. I think it’s my best collection yet. After that I’m focusing on finishing an experimental novel I’m about halfway through writing. That’s the thing I’m most excited about writing wise right now. It feels much more reflective of where I want to be as a writer.

STO: Thank you again for taking the time to answer these questions, Steven. If there’s anything else you’d like to add in closing, the floor is yours.

SS: Thank you for your questions, Scott. I would just tell people to always believe. Tough times don’t last, tough people do. And if someone is telling you that you can’t do something, that should motivate the fuck out of you to prove them wrong. Because anybody can do anything they want. Like George Eliot once said; “It’s never too late to be who you might have been.”