The past two years have been an amazing journey since I began publishing my work, but I believe that the greatest honor I’ve received so far came recently when five of my poems were translated for the Albanian newspaper, Nacional. I owe a thousand thank yous to the talented, lovely, beautiful poet, Irsa Ruci. My poetry cannot help but be infinitely improved when placed in her capable hands.

Clifford Brooks III, D L Yancey II, and I performed at Dogwood Terrace Restaurant in Acworth, Georgia earlier in July at an event hosted by Reinhardt University’s MFA Program. Our performances representing The Southern Collective Experience were filmed by Casanova Green, and the full video can be viewed here on his Periscope channel. 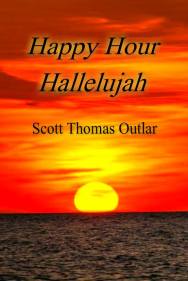 Raja Williams at CTU Publishing designed a sleek new author’s page for Happy Hour Hallelujah last week. Please swing by the site and check out the generous blurbs which several contemporary authors wrote about my work. Of course, I’ll have plenty more to say about the book when it is released in August.

My other forthcoming book, Chaos Songs from Weasel Press, has officially been set for a September 1st release date. One day before my birthday. That’s about as cool a gift as I could possibly conceive of. Pre-orders are now available here.
I’ll be posting a full July recap at some point during the next week, but I just wanted to highlight a few of the amazing things that have been going on lately. There is no sense in slowing down at this point. The schedule for the months ahead is looking good, and I have a number of new announcements to start rolling out soon. Thank you to everyone who reads and supports my work. Your encouragement is warmly received and greatly appreciated.
Selah,
Scott Thomas Outlar
P.S.
I also launched a new 17Numa Facebook page where I’ve been promoting other writers and artists whose work I dig. Please give it a like to get in the loop concerning book announcements, publication links, submission calls, upcoming events, and all sorts of other fun news.

2 thoughts on “New Books on the Way!”